I love to write, to ponder, to hash things out, to dig into research and find answers to things that interest and bug me. I always have an opinion and so do you!

Having recently come out of “charismania“, I would like to share my experiences and what I have learned from them.  Anyone who is interested in finding the truth is welcome and encouraged to join in.  I did not come out of this alone. I had many “helpers”, other Christians with similar experiences who know and value the word of God above all else, who are willing to speak the truth. So, I too join their ranks to freely give what I have been given.

We will look at  the various areas of false and extreme “Christian” teachings that many of us have been taught and have followed for some time and compare them to what the word of God has to say. 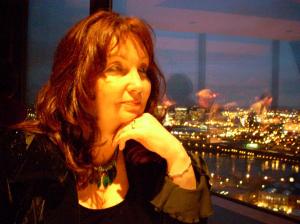 You may be shocked as I was, to find that the teachings of many are not biblical, and from there you will find a dividing line, a choice to be made. Will you continue to follow what is false, what you know to be “safe” in its familiarity, will you be a follower of man, or will you risk all – your ministry, your reputation, your friendships, and one day maybe even your very life to follow Christ?  These are becoming perilous, dangerous times to be called by His name.

You can read about the vision I had in 2002, shortly after the death of my 19 year old daughter, Jessica, entitled, His Hands that Held You.  Bring tissues.

I have a little of a political slant so we will look at some of that too.  And who knows what else will come of this adventure.

I moderate comments, so anything brash or too ugly or profane will not be allowed to post.  Please respect the feelings of others, even in disagreement, knowing that God gives us the choice to live how we decide.  It will be to Him that we will give an answer to later on. So, let’s play nicely with the other kids.

I welcome you all in this journey we already share. I hope you find peace and freedom that comes from above in knowing the real, the one and only Jesus Christ.

Make sure that the light you think you have is not actually darkness. Luke 11:35

This site uses Akismet to reduce spam. Learn how your comment data is processed.